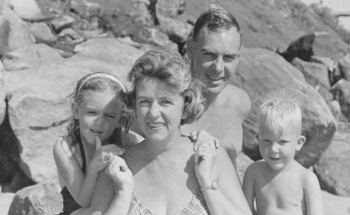 I was born in South Africa, in the stunningly unglamorous town of Germiston, not far from Johannesburg, and my love of writing and sport developed during the surreal days of apartheid. My past life in South Africa has shaped many of my books and some of my thinking.

In my early twenties I worked for a couple of years as a rather mediocre but constantly amazed English teacher in Soweto, where my passion for books and music and sport simply intensified. But I always knew that I would become a writer.

I found it hard to leave the country, and my family, but at the age of 23 I could no longer evade the South African army. I've lived in England ever since.

My attempt to be a music journalist, while writing for the New Musical Express, was about as skilled as my township teaching – but, just as in Soweto, I had a great time. It was hard not to have fun when 'work' for the NME consisted of going to gigs, writing bad reviews and meeting drink-and-drug-addled groups.

I now work in a shed in our garden. 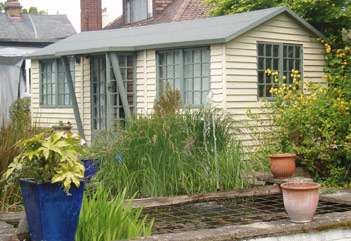 Six mornings a week it's a ten-second commute into this old wooden box where I write books about people from contrasting places and times – whether it's Chicago in 1924, Soweto in 1984 or somewhere near or far from you right now. Over the last twenty-odd years I've written about prostitutes and heart surgeons, criminal lawyers and sporting icons, as well as my family in South Africa.

In 2003 The Guardian asked me to write their weekly sports interview. And so, beyond the books, my Guardian interviews get me out of the shed at least once a week and send me to towns as different as Bolton or Cardiff, Leeds or Las Vegas, Paris or Plymouth. I'll go anywhere for a decent interview…especially if it's to a place as evocative as Bolton or Plymouth.

I've been lucky enough to be a two-time winner of the William Hill Sports Book of the Year and a three-time Sports Interviewer of the Year. In 2018 and 2019 I was named as the Sports Feature Writer of the Year - meaning that I've won this award, which is presented by the UK's Sports Journalists' Association, on three occasions.

The biggest prize, however, is being able to do two things that I love, over and over again. I still feel privileged to spend a few years researching and writing another new book. And then, almost as luckily, I still meet some often remarkable people before returning home to tell my wife, Alison, and our three kids, all about my latest interview. And so, even after 30 years of book-writing, and 16 years of interviewing, the same old feeling remains…roll on the next one.