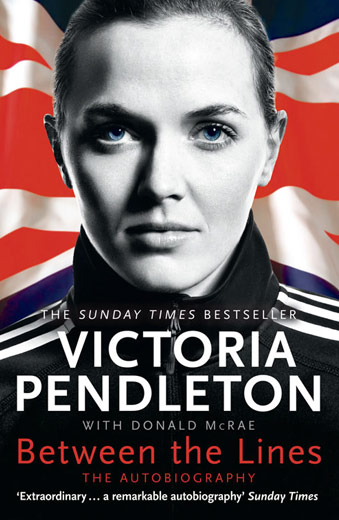 I first met Victoria Pendleton on a crisp autumnal day in October 2008. She had won an Olympic gold medal two months earlier when, in Beijing, Pendleton produced a display of sprint cycling so imperious that her greatest rival, Anna Meares, had simply surrendered in the final. The imposing Australian sat up in her saddle and watched the slight figure of Pendleton flying far in front of her as she completed a crushing 2-0 victory in a three-race series.

I was interested in interviewing Pendleton for The Guardian because, apart from her extraordinary talent as a sprinter, which had made her a multiple and seemingly invincible world champion, I knew that she was different. But I had no idea how brutally frank and vulnerable she would be during our first meeting. I would have been even more startled if I'd been told that this one interview would eventually lead to me helping make an hour-long BBC documentary with her and the film-maker Dan Gordon – and to writing this very book.

Pendleton's bruised intimacy contrasted with the usual banalities of a sports interview. Rather than trundling out evasive platitudes about fulfilling a dream or maintaining her focus, she revealed the doubt and yearning that made her most human. "I am an insecure person," she said. "I am emotional. I am a self-critical perfectionist." 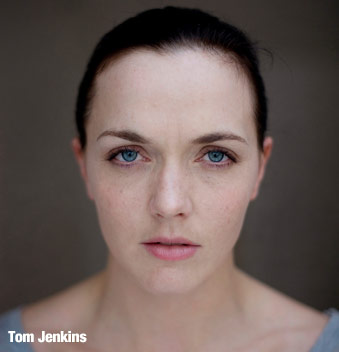 She shook her head as she reflected on that rapid-fire list of character traits. "I'm terrible. I beat myself up the whole time because I'm striving for something I'll basically never achieve. I portray this image of confidence, of arrogance, and it's not really me. I'm never satisfied and I'm never content. It means I'm a bit of a mess some of the time. But I wouldn't be here talking to you if I was a different person."

Dan Gordon, an accomplished film-maker, had been struck by the way in which Pendleton confessed to me that, standing on the podium in Beijing, she had felt empty and drained. That raw honesty convinced him she was a very distinctive kind of champion. Having suggested to Pendleton that she should commit herself to a documentary which would often be painful and challenging, I felt a responsibility to her.

The film, on its first screening in July 2012, just weeks before the London Olympics, was greeted with acclaim for Gordon and, especially, Pendleton. Just as in our book, a love story lay at the heart of the film. Shortly before Beijing, Pendleton and Scott Gardner, a sports scientist at British Cycling, fell in love. At the time Pendleton was twenty-seven, Gardner thirty-two. They were both single and their relationship affected no-one else. Falling in love with a work colleague is not an entirely novel concept. It's only forbidden in elite sport.

Gardner was eventually forced to give up his job and, isolated, Pendleton was often at war with her coaches. The nadir for Pendleton came in Apeldoorn in March 2011. For the first time in five years she lost her world title when Meares beat her. Six months later, at the same venue in Holland, Pendleton was defeated in the European Championships. We watched her disappear into the night like a great champion fighter stripped of her title.

The next day, however, showing incredible tenacity, Pendleton returned to the Apeldoorn velodrome and became European champion in the keirin – riding with her old speed and verve. That was the day, a dreary Sunday in a small Dutch town, when I decided Pendleton was as brave as any iconic boxer I knew.

Gardner rejoined the programme and, in an intensely thrilling last leg of her career, Pendleton's gradual return to winning form emerged.

Unlike most biographies about "sport", Pendleton is brave enough in Between the Lines to address issues of acute mental distress and self-harming, her difficult relationship with her father as well as the complete breakdown of her working life with the coaches who objected to her involvement with Gardner.

Less than a month after she won gold again at the London Olympics, in the climax to these pages, Between the Lines was published. It still seems, at least to me, a book about a female's champion's extraordinary courage and resilience – despite all her doubts and insecurities.